Winner of seven Academy Awards, including Best Picture, Best Director and Best Original Score, this incredible true story follows the enigmatic Oskar Schindler (Liam Neeson), who saved the lives of more than 1,100 Jews during the Holocaust. It is the triumph of one man who made a difference and the drama of those who survived one of the darkest chapters in human history because of what he did. Williams’ musical masterwork, featuring violin solos by the legendary Itzhak Perlman, is an indelible part of this powerful story, whose lessons of courage and faith continue to inspire generations.

Produced by Mike Matessino, and approved by composer John Williams and director Steven Spielberg, this special pressing is limited to 1000 units and features art design by Jim Titus and liner notes by Matessino. 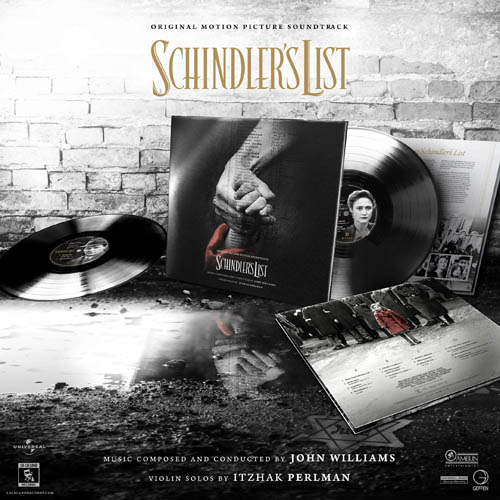