Winner of seven Academy Awards, including Best Picture, Best Director and Best Original Score, this incredible true story follows the enigmatic Oskar Schindler (Liam Neeson), who saved the lives of more than 1,100 Jews during the Holocaust. It is the triumph of one man who made a difference and the drama of those who survived one of the darkest chapters in human history because of what he did. Williams’ musical masterwork is an indelible part of this powerful story, whose lessons of courage and faith continue to inspire generations.

Disc One of this special 2-CD presentation showcases the original soundtrack assembly, sourced from the original 1993 release’s 24-karat gold Ultimate Masterdisc digital master, while Disc Two contains previously unreleased tracks, sourced from engineer Shawn Murphy’s stereo digital masters, including two major cues that are now presented in the versions heard in the picture: “Schindler’s Workforce” and “I Could Have Done More,” both of which underwent revisions after the 1993 album had been prepared.

This 25th Anniversary Edition, produced, edited and mastered by Mike Matessino, is approved by composer John Williams and director Steven Spielberg. It is limited to 4000 units and features classic art design by Jim Titus and exclusive, in-depth liner notes by Matessino.

THIS IS A CD RELEASE 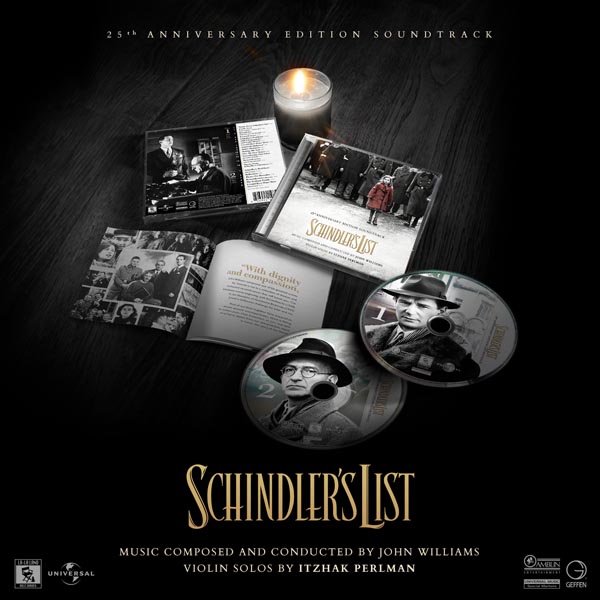 WORLD IS NOT ENOUGH, THE: LIMITED EDITION (2-CD SET)